Chlorpheniramine maleate (CPM), is a first-generation alkylamine antihistamine and H-1 histamine receptor antagonist. Its sedative effects are relatively weak compared to other first-generation antihistamines. In allergic reactions, an allergen (a type of antigen) interacts with and cross-links surface IgE antibodies on mast cells and basophils. Once the mast cell-antibody-antigen complex is formed, a complex series of events occurs that eventually leads to cell degranulation and the release of histamine (and other chemical mediators) from the mast cell or basophil. Once released, histamine can react with local or widespread tissues through histamine receptors. Histamine, acting on H1-receptors, produces pruritus, vasodilation, hypotension, flushing, headache, tachycardia, bronchoconstriction, increase in vascular permeability, potentiation of pain, and more. In severe allergies, such as anaphylaxis these effects may be so severe as to be life-threatening.

Chlorpheniramine does not prevent production or act of histamine but it prevents histamine effect on cells. This drug has also anticholinergic and sedative effects. Chlorpheniramine is metabolized in the liver and practically all the drug (as metabolites and unchanged drug) is excreted in the urine.

Use subcutaneously or intramuscularly or intra peritoneal 0.4 to 0.5 mg/kg body weight as per follow:

Increased sedation can occur if chlorpheniramine is combined with other CNS depressant drugs. Antihistamines may partially counteract the anticoagulative effects of heparin or warfarin.

Keep out of reach of children. Narcosis, drowsiness, in some cases digestive disorders such as diarrhea, vomiting and anorexia. Rarely it can cause xerostomia and urinary retention. Over can cause severe stimulation to convulsion or depression of C.N.S to lethargy and coma; because of its anticholinergic effect it causes respiratory depression and death. If this symptoms occur symptomatic treatment should be done and in case of convulsion use phenytoin. do not use barbiturate and diazepam for prevention of convulsion.

In these cases use with caution 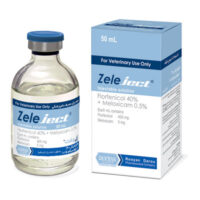 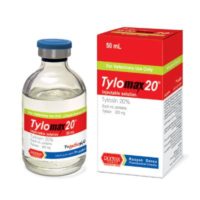