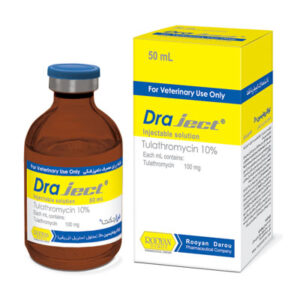 Tulathromycin is a semi-synthetic macrolide antimicrobial agent. It differs from many other macrolides in that it has a long duration of action that is in part due to its three amine groups. Therefore it has been given the chemical subclass designation of triamilide. Macrolides are bacteriostatic antibiotic and inhibit essential protein biosynthesis by virtue of their selective binding to bacterial ribosomal RNA. Tulathromycin possesses in vitro activity against Mannheimia haemolytica, Pasteurella multocida, Histophilus somni and Mycoplasma bovis the bacterial pathogens most commonly associated with bovine respiratory disease. Tulathromycin also possesses in vitro activity against Moraxella bovis, the bacterial pathogen most commonly associated with infectious bovine keratoconjunctivitis (IBK).

In vitro activity against Dichelobacter nodosus (vir), the bacterial pathogen most commonly

associated with infectious pododermatitis (foot rot) in sheep has been demonstrated.

In addition to its antimicrobial properties, tulathromycin demonstrates immune-modulating and anti-inflammatory actions in experimental studies.

Cattle: Treatment and metaphylaxis of bovine respiratory disease (BRD) associated with Mannheimia haemolytica, Pasteurella multocida, Mycoplasma bovis and Histophilus somni sensitive to tulathromycin. The presence of the disease in the herd should be established before metaphylactic treatment. Treatment of infectious bovine keratoconjunctivitis (IBK) associated with Moraxella bovis sensitive to tulathromycin.

Cattle: A single subcutaneous injection of 2.5 mg tulathromycin/kg bodyweight (equivalent to 1 ml/40 kg body weight). For treatment of cattle over 300 kg bodyweight, divide the dose so that no more than 7.5 ml are injected at one site.

Sheep: A single intramuscular injection of 2.5 mg tulathromycin/kg bodyweight (equivalent to 1 ml/40 kg bodyweight) in the neck. Subcutaneous administration of tulathromycin to cattle very commonly causes transient pain reactions and local swellings at the injection site that can persist for up to 30 days. No such reactions have been observed in sheep after intramuscular administration.

Do not use in cases of hypersensitivity of the target animals to macrolide antibiotics.

Do not administer simultaneously with antimicrobials with a similar mode of action such as other macrolides or lincosamides.

Do not use in lactating animals producing milk for human consumption.

Do not use in pregnant animals, which are intended to produce milk for human consumption, within 2 months of expected parturition.

Keep out of the sight and reach of children. 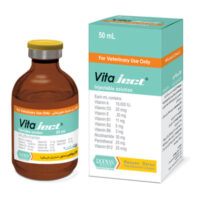 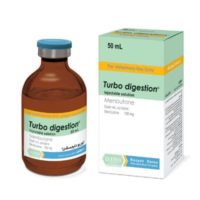 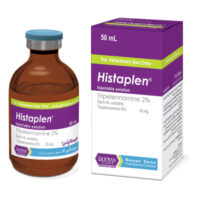