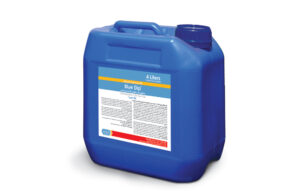 Each ml of the disinfectant solution contains 5 mg of chlorhexidine.

Chlorhexidine is a very strong disinfectant of the bigundanids. This compound is a cationic and biocidal disinfectant that is very effective against gram-positive and gram-negative bacteria. Chlorhexidine simultaneously has a bactericidal effect and a bacteriostatic effect, which appears to be dependent on the amount or concentration of Chlorhexidine. In addition to bacteria, chlorhexidine is also effective on fungi. Because the chlorhexidine molecule has a positive charge, it absorbs the negative charge of the phospholipids in the cell membrane and thereby causes the rupture microbial cell membrane and leaks out the contents of the cytoplasm. By cramping the contents of the cell from the cytoplasm, its death will subsequently occur. At higher concentrations, in addition to the mechanism described, chlorhexidine also causes coagulation of the intracellular contents of the bacterium and, in this way, also its bactericidal effect appears.

The chlorhexidine disinfectant solution is used to prevent mastitis in dairy cows immediately after the end of the milking. The number and type of bacteria in the pores of the cortex are directly related to the incidence of intra-udder infection. Teat dipping is an economical, simple and inexpensive way to reduce the bacterial count in skin of teats. The formulation of this solution is such that, without drooping, it provides a suitable coating against the bacteria that cause mastitis.

After the end of milking process, disinfect teats by dipping in the cups. The color of the solution is blue and indicates the correct use. By dipping teats in solution, a suitable coating is applied to them. The solution is used without dilution. In next milking process, just washed with lukewarm water to remove any debris. In the first week of dry cow therapy, and from a week before parturition, daily and once a day, teats should be disinfected with this solution.

Keep the disinfectant solution at 15 to 30 C° away from direct sunlight. 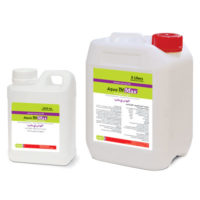 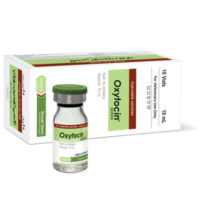